Sinn Féin Midlands North West MEP Matt Carthy has asked the people of County Monaghan to help return him to the European Parliament saying that strong support for his party in the elections will send a powerful message to the Government and Brussels that change must happen and also that ordinary families and working people cannot not be ignored.

Carthy was speaking as he officially launched his re-election campaign in Dundalk last Saturday.  He was joined by Sinn Féin Leader Mary Lou MacDonald TD, former party leader Gerry Adams TD and party Finance spokesperson Pearse Doherty TD as well as party activists from across his constituency, including County Monaghan.

“Neither Fine Gael or Fianna Fáil will do this. They never have. Independents, no matter how colourful or entertaining present no threat to these powerful interests. So they won’t do it either.

“Only Sinn Féin can and will bring the fight for a fairer Ireland and a fairer Europe to those in positions of power.

“Strong support for Sinn Féin in the European elections, will send a powerful message to the Government and to Brussels that change must happen and that ordinary, working people cannot not be ignored any more.”

“We have delivered on all the issues that matter, including Brexit. I am going before the electorate on my record of work and on the Sinn Féin policy platform.

“Sinn Féin has a vision for a fairer united Ireland in a radically reformed EU. I am asking voters across this vast constituency to endorse that vision.

“While this election is a major challenge, I have regularly visited every corner of the Midlands North West constituency since my election in 2014.

“I look forward to campaigning across the constituency between now and May 24th.  But, I know my success in 2014 owed a lot to the support I received from my home county of Monaghan.  I need that support once again.

“It is our strong intention to retain a Sinn Féin MEP for the Midlands North West who will continue to fight for Ireland and for the interests of ordinary working.” 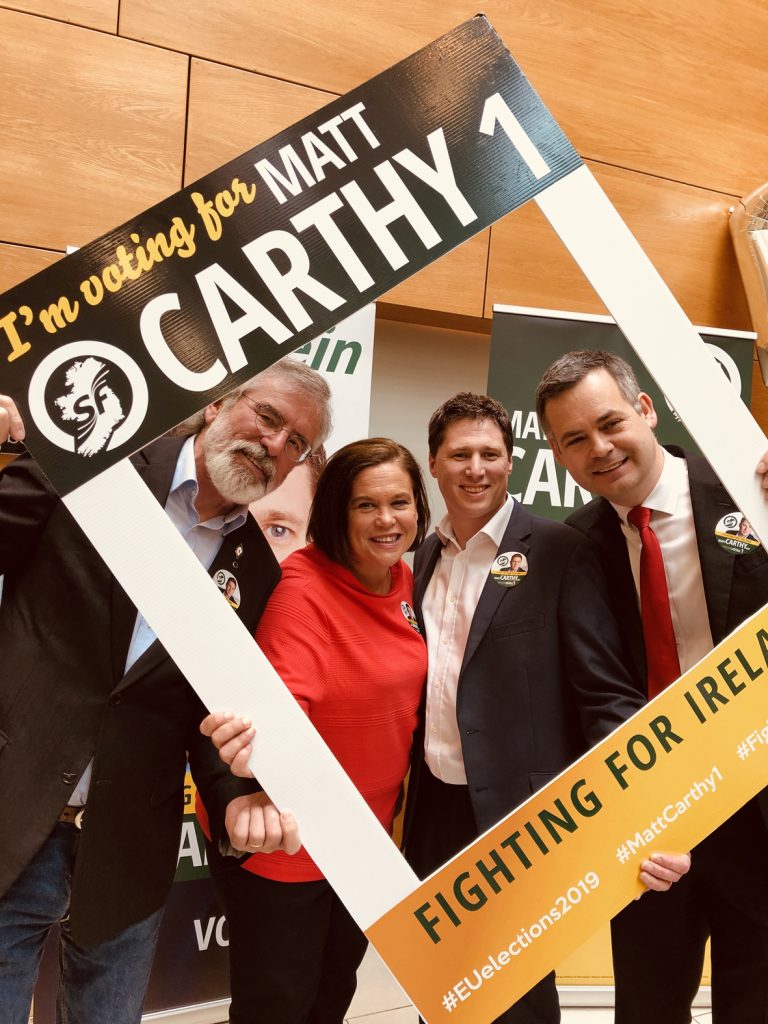