Sinn Féin MEP Matt Carthy has said that the British political system has made a ‘no-deal’ Brexit scenario a live prospect.  This has created huge concerns in Ireland and required a detailed response from the EU and Irish government as to how vulnerable sectors and regions would be supported in such a scenario.  Discussions are now also needed, he said, as to the mitigation options to avoid any hardening of the border in Ireland.  All avenues to avoid such a catastrophe, including the hastening of a poll on Irish Unity, must form part of those discussions, he stated.

Carthy was speaking this week after he hosted a delegation of the Sinn Féin leadership, including party president Mary Lou McDonald and vice president Michelle O’Neill, to Brussels where they held a series of high-level meetings.  The meetings included a dialogue with EU Chief Brexit Negotiator Michel Barnier, who has warned that the inability of Westminster to agree on a withdrawal strategy makes a no-deal Brexit more likely on April 12, when the new deadline expires.

The Midlands Northwest MEP said: “The British parliament’s refusal to acknowledge the reality of Brexit and the need for the Withdrawal Agreement and backstop leaves only uncertainty and confusion. Their actions increase the likelihood of a no-deal crash-out Brexit.

“Ireland did not vote for Brexit. We do not consent to a hard border. We believe that the ‘backstop’ contained within the Withdrawal Agreement is a vital insurance policy to avoid a hard border on the island of Ireland and must be upheld.

“Throughout the Brexit process Sinn Féin has regularly met with EU negotiators, officials and leaders.  We have placed Irish concerns at the heart of the Brexit process.  This week we raised with Mr Barnier the need to continue to protect Irish interests, our economy, our agreements and the rights of citizens in the event of a no-deal Brexit.

“The British parliament refuses to endorse the Withdrawal Agreement as negotiated by its government so we must plan for the default position of a crash-out Brexit.

“That means that the EU and the Irish government need to spell out how vulnerable regions and sectors will be protected and supported in a ‘no-deal’ scenario.  The positive words we have heard from Brussels must be followed by firm commitments, including financial support.  There must also be a clear statement that, in the event of a no-deal Brexit, there can be no return to a hard border on the island of Ireland, and there can be no undermining of citizens’ rights.

“The EU recognises that the Good Friday Agreement provides for constitutional change and in the event of a unity vote all of Ireland would retain EU membership.

“The route back to the EU is clear – it means the ending of partition and the avoidance of a hard border in Ireland.

“The Irish government needs to intensify planning for a no-deal crash with an imperative to ensure no return to a hard border, and that our agreements the rights of citizens are safeguarded.

“This strategy must be an all-Ireland one and, most importantly, it must include the option of a poll on Irish Unity.” ENDS 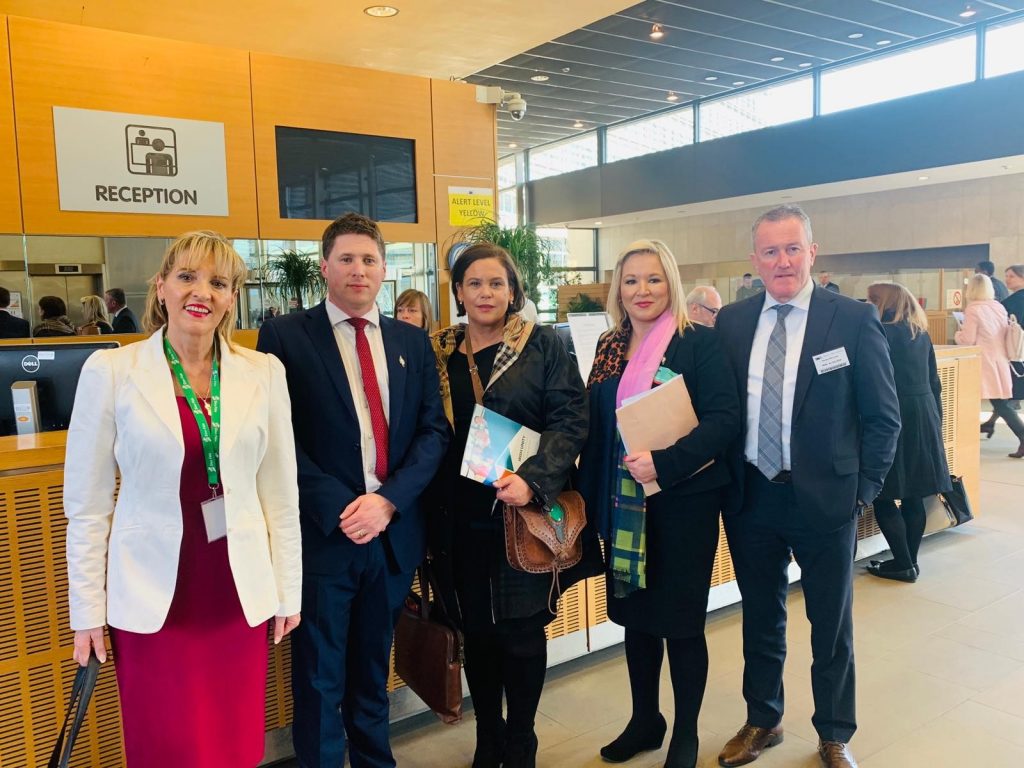