Sinn Féin MEP Matt Carthy has commented on the “celebrations” of the 20th anniversary of the euro currency in Strasbourg this week.

Carthy, a member of the Economic and Monetary Affairs committee, said: “The euro has resulted in very mixed fortunes for different countries and different classes of people.

“But the most striking thing to notice as we mark the 20th anniversary of the introduction of the common currency is the fact that the deep structural flaws in the euro revealed by the financial crisis remain firmly in place.

“The euro is not just notes and coins; it is a system of rules. Since the crisis, the failed policies of austerity have been implanted even more firmly in the structure of the Eurozone – with new mechanisms to monitor and structurally reform the economies of member states, and to control their spending, taxation and borrowing through budgetary control.

“The result is that in 2017 one in 10 workers in the EU lived below the poverty line – the highest level recorded. But things are far worse for people not in standard full-time positions, who are three times as likely to be poor.

“The Eurozone continues to lack the institutions that could effectively reduce divergence across the area’s economies. The architecture that facilitates trade imbalances, capital flight and debt crises remains firmly in place.

“The euro rules appear to be unable to generate enough growth and inflation to restore full employment and production, or to place historic levels of private and public debt on a credible path of reduction.

“Most disastrous of all, the Commission and the Council are still trying to impose the austerity straitjacket of the Fiscal Compact into permanent EU law. The Parliament voted against this move in November, but the opinion of MEPs will be completely ignored.

“It is little wonder that the citizens of the EU are becoming increasingly furious at the lack of democratic control they have over the decisions that impact on their daily lives.

“If the euro is to survive as a common currency, we need to rewrite the rules that underpin its existence. If we don’t we will be in an even worse position when we are hit by the next inevitable financial crisis.

We need to start by getting rid of the failed and unworkable Fiscal Compact, and the Stability and Growth Pact that underpins it. The Member States need to have the power to control their own budgets to respond to the needs of their own people.” 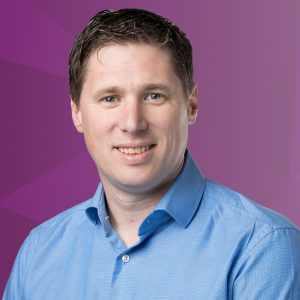