Matt Carthy MEP will officially launch his re-election campaign this Saturday the 27th at a special event in Dundalk, Co Louth.

Ahead of the event Carthy said “I am extremely proud of my record as a representative in the European Parliament, as part of a team of Sinn Féin MEPs, over the past five years.  We have delivered on all the issues that matter, including Brexit.  I look forward to going before the electorate on the basis of our record of work and on the Sinn Féin policy platform.  We have a vision for a better, fairer united Ireland in a radically reformed EU.  I am asking voters across this vast constituency to endorse that vision.

“Saturday’s launch is a public event!  I have already been to every corner of my constituency on a regular basis since my election in 2014.  I look forward to returning to every town, village and parish between now and May 24th.  This election will be a tough one but we’re up for it.  I hope to see a large turnout at our launch so that we can set out our intention to maintain a Sinn Féin MEP for the Midlands North West who will continue to fight for Ireland.” 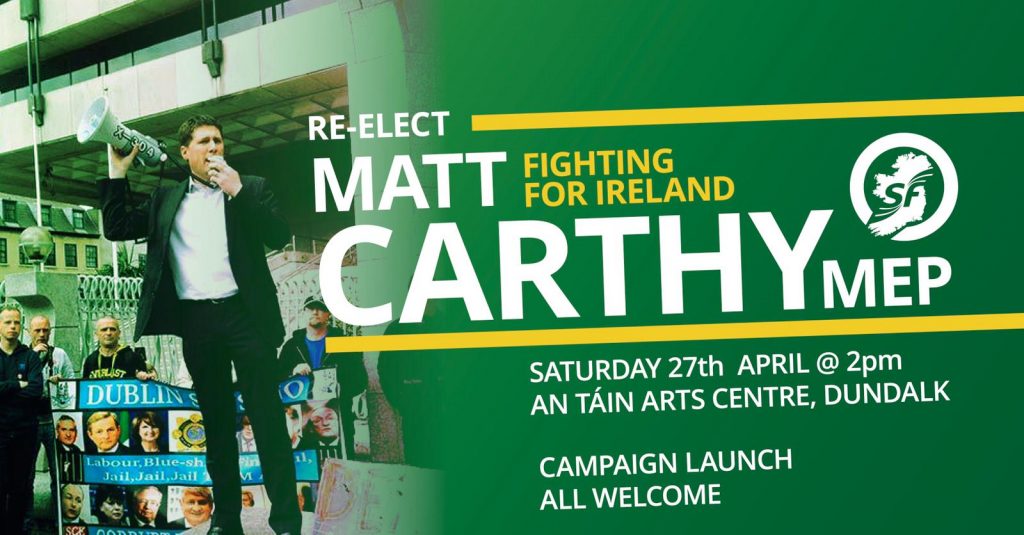