There was notable anger amongst the Eel Fishers in attendance towards the government’s ineffectiveness in properly addressing the fallout from 2009’s Eel fishing ban with many noting that the current Hardship scheme falls well short of offering any proper compensatory measures for individuals whose livelihoods have been decimated.  Many were also critical of the department’s apparent inequality in assessing claims with individuals with identical claims being offered significantly differing remunerations.

It was highlighted by many that the Eel fishing ban implemented in 2009 has been an ineffective exercise as it has made almost no impact on restoring stock numbers.  It was a widely held belief amongst attendees that the ESB’s Hydroelectric power stations are far more damaging to eel populations in Ireland’s inland waterways than the fishing community.

Support was forthcoming at the meeting amongst many Eel Fishers to formally establish an Eel Fishers Association to collectively voice concerns on a national and European stage.  Carthy acknowledged the merits of the idea and pledged that, should Sinn Féin have representation in the next European Parliament, he would ensure that any such newly formed association would be brought to Brussels to articulate their concerns at a European level.

Speaking after the event Carthy said:

“The perilous situation regarding Eel stocks needs to be addressed.  There are a number of reasons why those stocks are dangerously low.  In its Eel Management Plan the Irish government has concentrated on just one facet, the fishing community, and has implemented a blanket ban.  In doing so, Ireland is the only EU country to issue such a ban.  That strategy hasn’t worked.

“We made tangible progress at this seminar in developing an alternative strategy.  The ban isn’t working and a new strategy needs to include Eel Fishers operating in partnership with state agencies.

“In the short term the hardship package offered to eel fishers needs to be revisited.  The scheme doesn’t even cover the cost of the fishing equipment they’ve invested in and certainly doesn’t acknowledge their 10 year loss of earnings.

Earlier on Friday Matt Carthy also met with local anglers about future plans for course fishing in the Athlone area.  Athlone LEA candidate Padraig Hegarty organised a brief meeting for local anglers to explain to the MEP their aspirations for course angling in Athlone.

Padraig Hegarty stated that “the injection into the local economy would be a warm welcome if river-frontage could be invested in by both Roscommon and Westmeath county councils to allow anglers the space to hold competitions. Anglers in Athlone have identified two areas, one south of the town bridge and one north of bypass bridge. It would bring to both counties great tourism and a buzz if match straights could be invested in and developed. The plan is there to do so and the anglers have the knowledge to get this going”.

Padraig has given his full backing to the anglers in Athlone and Matt Carthy has confirmed that he will be eager to offer any support necessary to help realise the plans to place Athlone on the map as the destination for such fishing”. 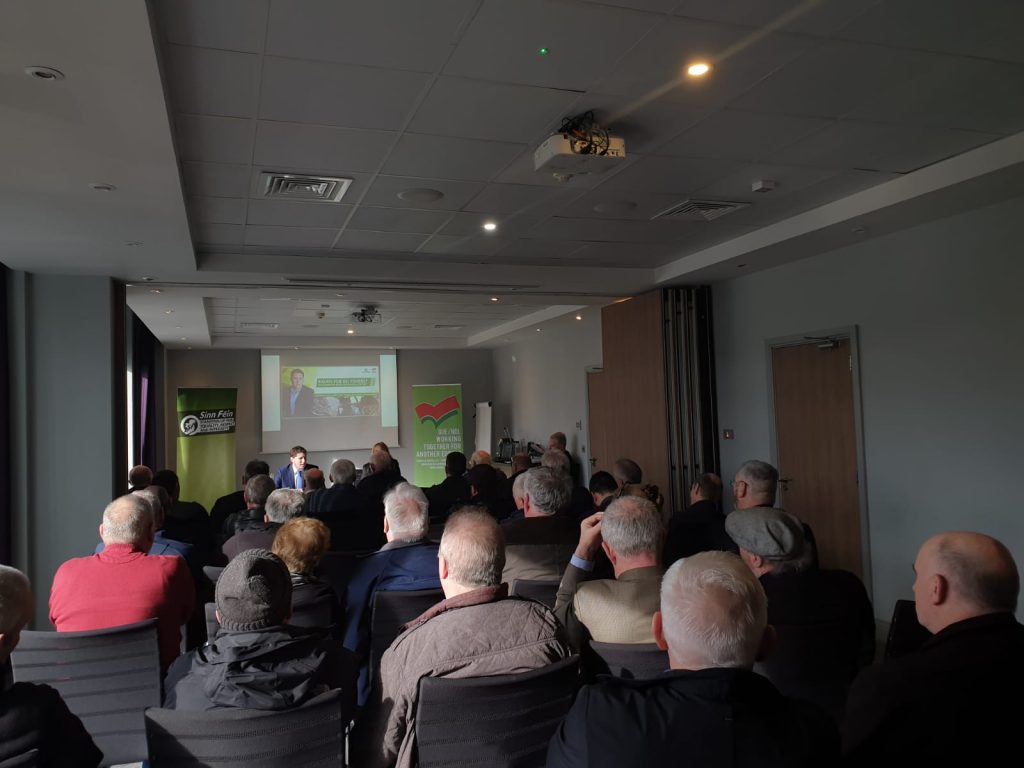